I have no creativity, and a few things to put here.

[Verse 2] It was early in the morning when he rode into the town He came riding from the south side slowly lookin' all around "He's an outlaw, loose and running," came the whisper from each lip "And he's here to do some business with the big iron on his hip" Big iron on his hip

[Verse 3] In this town there lived an outlaw by the name of Texas Red Many men had tried to take him and that many men were dead He was vicious and a killer, though a youth of twenty four And the notches on his pistol numbered one and nineteen more One and nineteen more

[Verse 4] Now the stranger started talking, made it plain to folks around Was an Arizona ranger, wouldn't be too long in town He came here to take an outlaw back alive or maybe dead And he said it didn't matter - he was after Texas Red After Texas Red

[Verse 6] The morning passed so quickly it was time for them to meet It was twenty past eleven when they walked out in the street Folks were watching from the windows; everybody held their breath They knew this handsome ranger was about to meet his death About to meet his death

[Verse 8] It was over in a moment and the folks had gathered round There before them lay the body of the outlaw on the ground Oh he might have went on livin', but he made one fatal slip When he tried to match the ranger with the big iron on his hip Big iron on his hip 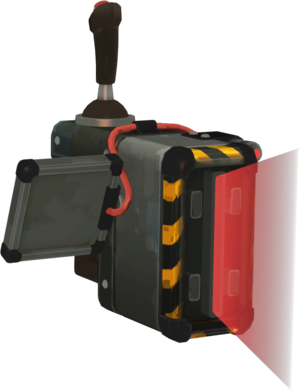 working toward owning this
Retrieved from "https://wiki.teamfortress.com/w/index.php?title=User:Calcium_fiend&oldid=2967130"