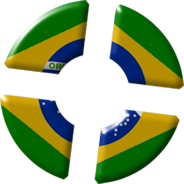 Welcome to the staff

Please hop on to the #tfwiki-staff channel next time you're on. —

First of all, I am not sure if this is the right way to contact you, but I did not find any other alternative. You left me a message about my tranlation, and I thought I had done the linking correctly, but thanks for the heads up! Keep up the good work, you seem to be a very active figure on the Wiki.

Yay, congrats on the cap!

Be more careful when you save your edits and review them if they are in another language again. Happened here: First American/de, simple error with a persons name, in that case you must have "copied" the OFFICIAL TRANSLATION in a wrong way... Magicalpony (talk) 16:45, 5 March 2014 (PST)

Hello, Magicalpony. I am pretty sure I copied (without quotation marks) it directly from Steam Translation Server. As you noticed, the name was wrongly spelled. So it was on STS, as you can check here (if you have access to it). Thanks to AgentBull now it's being fixed. Next time you're coming to an user to say something irrelevant, please double-check your plea.  –  Ricci «T | C» 03:19, 6 March 2014 (PST)

So you excuse yourself from thinking for yourself, just because it is in the STS? The STS is known to be wrong quite some time. Come up with a better excuse next time. Magicalpony (talk) 06:50, 6 March 2014 (PST)

That's not an excuse. If it's there, and it was approved, it will be displayed this way in-game. There is no reason I should write it in a different way. That's why it's called "official translation". English strings also have typos, what should we do? Until it's not fixed, it will be displayed wrongly. So, when it gets fixed, it would certainly update it. Next time you bump up with a typo or any translation mistake, instead of wasting your time, and also my time, do something producitivy like fixing the page itself, or even sending a new translation suggestion on STS.  –  Ricci «T | C» 07:40, 6 March 2014 (PST)

A user hit 1 year in nomination queue due to lack of staff votes. We held an emergency meeting in IRC on Tuesday, May 17, and the result was this. Muriloricci, please provide some feedback! Darkid « Talk — Contribs » 22:13, 17 May 2016 (PDT)

Due to how long reviews are taking for Jew, ClockworkSpirit, and myself, we wants you to PM your review for him to be used as a proxy to move the voting process along. Contact him for details. --