Discussions cannot be embedded yet.

What I was going to say before I was temp banned

Essentially, your little comment was unnecessary as you obviously did not understand me when I stated that the link Pilk removed was to the full Alpha that I hosted, and not "leaked source code". It was a full game. Then I had Cructo come in and treat me like some dumbass friggin' new wiki user, when in fact I've been dealing with/editing on various Wikis and Wikipedias for the past 9 years. I know what the hell I'm doing, is what I was getting at.

The temporary ban was a minor setback but nonetheless, I'll have DL links for the full Alpha, or as you guys call it, the "leaked source code" everywhere in a matter of minutes. End of discussion, my friend. 404 User Not Found 20:25, 30 August 2011 (PDT)

I see your attitude hasn't improved, and that is the reason you were blocked - you had no reason to respond to Cructo like you did; his message is relevant whether or not you're a new or experienced Wiki contributor, if you disagree with it then you could've just ignored it or responded with "Sorry, but I prefer doing it this way." Your response to Pilk and now to myself is no better. With regards to the linked content, it seems we were indeed mistaken with the terminology, but you understood what Pilk was talking about and asking you not to link to it on the Wiki still applies; we do not care about the fact you're hosting it, we just do not want it linked from the Wiki. -RJ 20:57, 30 August 2011 (PDT)

Wanna know why I've got an "attitude"? Check my talk page. I've been putting up with shit from Mecha the Slag bitching and moaning because I'm using some coding from his Advanced Weaponiser - & AW2 plugins, and his MDL Hexing program. He keeps joining my Steam group for 404Gaming, leaving stupid comments, then leaving the group. I'm not in the best of moods right now and having people hovering over me with stupid Wiki-policies isn't helping. 404 User Not Found 21:13, 30 August 2011 (PDT)

While I can sympathise, your attitude is not excused because you had a bad day; you need to moderate yourself when talking to other contributors, if you cannot do that then you should distance yourself from participating in discussions until you are able to moderate yourself. -RJ 21:20, 30 August 2011 (PDT)

I leave this to you:

A crate with you in it. You are now crated, wait until someone locks you up. This message was from:

Sorry for being AFK

But yeah, there's been no news from Eric yet. The last I heard was him saying he'll talk it over with some other guys at Valve and get back to me.

This is just a generic message to notify all mods/admins of the finally-in-writing moderator guidelines. If you don't agree with any of the guidelines, or just have questions, feel free to let me know on my talk page or in IRC. Cheers. -- Pilk (talk) 06:31, 24 September 2011 (PDT)

Better prepare for the next one!

RJ, i knw you got fun at Battlefield 3, but here

Hello, RJackson! It seems you have linked to a nonexistent image/number of nonexistent images on User:RJackson/Wiki_Cape. If it's not too much to ask, could you please fix the outstanding issues? Thank you! 404: User Not Found (talk) 04:05, 9 December 2011 (PST)

Lol, I've been going through the "Wanted Files" list, seeing if there's anything notable that could be fixed, and I decided to start a message template in my userspace to bring attention to files that have been deleted/moved and still have redlinks. Thanks for sorting that out, that's quite a few items off the list now :P 404: User Not Found (talk) 07:31, 9 December 2011 (PST)

I didn't leave to ninja I-ghost at leaving, I left so I couldn't be invited to Co-op. :3

Greetings. Because you have not showed up for your semi-traditional evening tipple (and incoherent rant) in the IRC (:P), and therefore may not have heard the good news, I just wanted to let you know that Valve has been kind enough to add all of the revised tips to the game (save one, Tip_3_26). Drinks all round! :) ---

Hey, I just wanted to know if you were still updating the Team Fortress Wiki:Tips Revision/Suggestions page, since it's been almost a month since anyone has approved/declined newly added tips, and there's a bunch up that still haven't been looked it. Citizen Snips 22:43, 9 May 2012 (PDT)

Heyo, thanks for the reminder. I've been getting distracted by other things and thus sometimes neglecting the tips project. I'll make a note for myself to go through the page after work. -RJ 22:46, 9 May 2012 (PDT)

Yeah, I'm too lazy and busy to bother with tips revision right now. :3 It would be great if others could participate and discuss suggestions on the page too, instead of me having to be the driving force to get people talking and refining each others suggestions; that'd certainly motivate me more so than the current format of the page - a straight single-line list of things I have to drive people to comment on. -RJ 13:31, 23 May 2012 (PDT)

The validation happens on Valve's end, yes, but tips have to be first processed through community submissions before being deemed worth of going on the final cutting board for Valve to look over. And it's now been two months since the current "new" tips have been glanced at. Citizen Snips 23:20, 14 June 2012 (PDT)

This template has categories set up within it, but does not by default make the userbox template a part of this category. This should be changed, and ideally the template would be added under the heading of "space", so that it's at the top of the category. See Category:Unusual Owners for what I mean.
Can you implement this? I can write up the code, if you like. Darkid (Talk | contribs) 21:04, 13 June 2012 (PDT)

That guy who got blockeded

This should really happen. Dunt you agree? 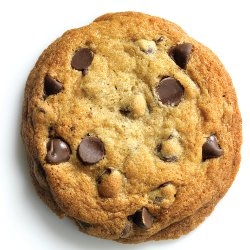 ... for April Fools 2016! After a two year hiatus, we've decided it's time to bring back the annual Team Fortress Wiki April Fools, and we'd love it if you could help out. If interested, join the discussions in IRC and in our improptu organization page. --

A user hit 1 year in nomination queue due to lack of staff votes. We held an emergency meeting in IRC on Tuesday, May 17, and the result was this. RJackson, please provide some feedback! Darkid « Talk — Contribs » 22:13, 17 May 2016 (PDT)

I asked for a technical request and irc people told me to forward it to you?