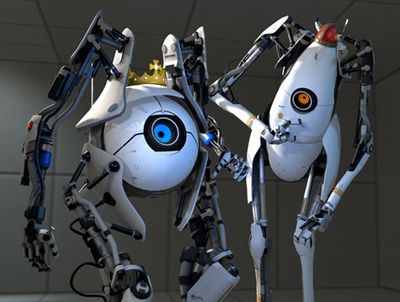 Portal 2 crossover cosmetics are cosmetic items that carry over from a user's Team Fortress 2 backpack to their Portal 2 backpack, and are wearable in both games. They can be equipped by the co-op characters, Atlas and P-body.

When equipped, the cosmetics are nearly visually identical to their original counterparts.