From Team Fortress Wiki
Jump to: navigation, search
This article is about the fifth annual movie making contest. For other uses, see Saxxy (disambiguation). 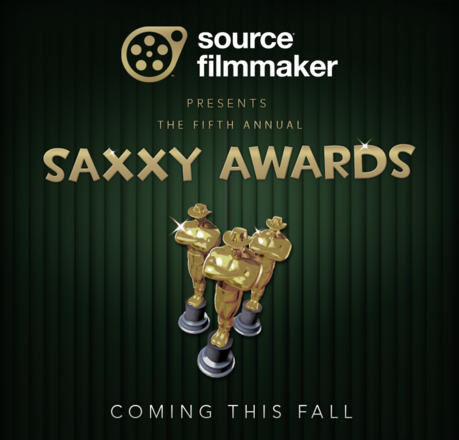 The Fifth Annual Saxxy Awards is a Team Fortress 2 contest announced on August 21, 2015. The event is based on that of the previous years.

The categories are "Best Comedy", "Best Action", "Best Drama", "Best Short", "Best Overall" and a new category called "Best Extended". As with the last year, all entries needed to be made with Source Filmmaker, so no films from the Replay Editor could be accepted.

On Wednesday, November 18, 2015, winners were announced on the Source Filmmaker site.