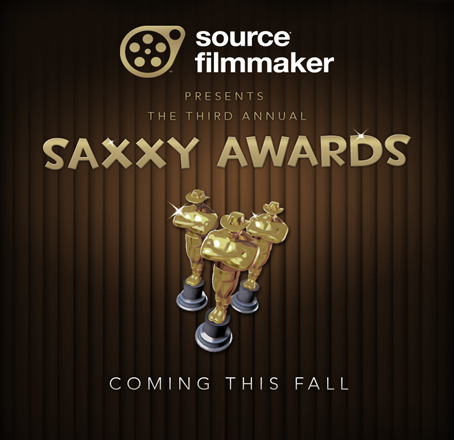 The Third Annual Saxxy Awards is a Team Fortress 2 contest announced on October, 2, 2013. The event is based on that of the previous years.

The categories are "Best Comedy", "Best Action", "Best Drama", "Best Short" and "Best Overall". A short category was added this year to give a better chance to those who make great videos under a minute. This year all entries needed to be made with Source Filmmaker, so no films from the Replay Editor could be accepted.

Voting began on November 18, 2013 and ended on November 24 at midnight GMT. Voting was available to those with a Steam account and Team Fortress 2.

All winners received a Saxxy for their accomplishment.