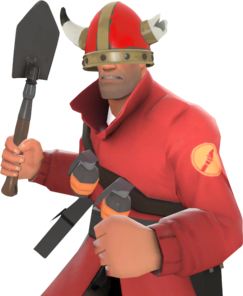 Note to all /no translators

I know some would think that the Wiki should have a "nynorsk" version out of the Wiki itself. But since the game is only on "bokmål", you got to translate to it's assigned language ingame (even though there is some on the Steam Translation Server who is speaking nynorsk). This is important and needs to be like this.

Use this section to discuss wiki translation efforts. You can add noun lists, discuss wording or delegate certain pages and categories to others.
Note: remember to use the 4 tildes ("~~~~") after your message (this adds the date & time).

Also it would be nice if someone could fix the weapons page ;P (By the way, why does clicking the pictures at the main page lead you to the english version, whilst clicking the text brings you to the norwegian version? Cryder 10:25, 16 October 2010 (UTC)

Hello everyone! For more than 1 month, the wikifier script has helped the Russian Team to write articles. It a button that appears on the edit page, that calls a script when clicked. When you click the button, the Wikifier script fixes common mistakes in the article (the button only shows in the wiki editor, and you can preview what it does). For example, it puts the correct russian quotes («...» and “...” inside them), the right spaces after and before punctuation symbols (It will replace “Здравствуй , сударь ! ” by “Здравствуй, сударь!”), fix wiki and HTML marking and etc. It is like WindBOT working in your browser. Wind and I want to make this script global. To do this, I need to know what do you, Norwegian team, want it to do? Can you tell me some your language-specific punctuation and typographic rules? Common mistakes that editors in your language do? --