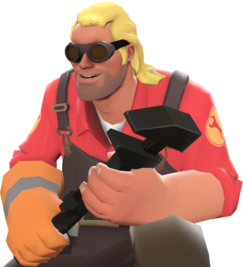 Use this section to discuss wiki translation efforts. You can add noun lists, discuss wording or delegate certain pages and categories to others.
Note: remember to use the 4 tildes ("~~~~") after your message (this adds the date & time).

Patch notes and what to call them?

Hello everyone! For more than 1 month, the wikifier script has helped the Russian Team to write articles. It a button that appears on the edit page, that calls a script when clicked. When you click the button, the Wikifier script fixes common mistakes in the article (the button only shows in the wiki editor, and you can preview what it does). For example, it puts the correct russian quotes («...» and “...” inside them), the right spaces after and before punctuation symbols (It will replace “Здравствуй , сударь ! ” by “Здравствуй, сударь!”), fix wiki and HTML marking and etc. It is like WindBOT working in your browser. Wind and I want to make this script global. To do this, I need to know what do you, Swedish team, want it to do? Can you tell me some your language-specific punctuation and typographic rules? Common mistakes that editors in your language do? --

What I wanna see

You might think this is stupid since im a "norr bagge", but I want to take this up to you all. I want to see some map translations of you guys and such because ive only seen so far that hats n' miscs and weapons has been a major priority. But the maps counts up to maybe 10% of a overall procent count on swedish articles and patches should also be taken care of /and i mean regular, not major ones. Thats all i would suggest to you guys so you can prior this along with the rest of the /sv.