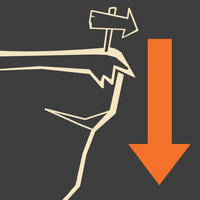 Fall damage is a type of damage that is only applied when a player hits the ground while traveling faster than a certain velocity, or by certain areas in a map.

Fall damage is taken by a victim when the victim falls faster than 650 Hammer units per second and lands on a flat horizontal surface; the damage received varies based on the victim's downwards velocity (generally the longer you fall, the higher this is) and the victim's max health. A Heavy and Spy using the Conniver's Kunai falling from the same distance will show the Heavy to take more fall damage. The fall is accompanied by a distinct bone crunching noise and blood particles being emitted from the legs for a brief time. Landing while crouched will therefore increase fall damage taken, as the player is calculated to have traveled further in this space of time.

However, fall damage can be cancelled by utilising a Double jump (or a Triple jump with the Atomizer or a Force jump with the Force-A-Nature) close to the floor, being Airblasted away from the floor at an angle, activating the B.A.S.E. Jumper's parachute before touching the floor, or explosive jumping away from the floor with precise timing. The Mantreads can also offset fall damage from the user if they successfully land on an opponent, inflicting 3 times the fall damage that would've been taken by the wearer to the target, and the wearer will take no fall damage. It is also possible to negate fall damage by landing in a body of Water of a depth greater than 1 Hammer unit.

If a player dies from fall damage — including pitfalls such as the southern face of Upward, which instantly kill any player who lands in them — a distinct kill message will be displayed in the kill feed, and an assist will be awarded to anyone who was attacking the victim at the time of death. Some areas of a map can kill a player no matter what speed they have while touching them, or if they are under the effect of the ÜberCharge.

Previous values graphed, along with minimum and maximum damage percentages. 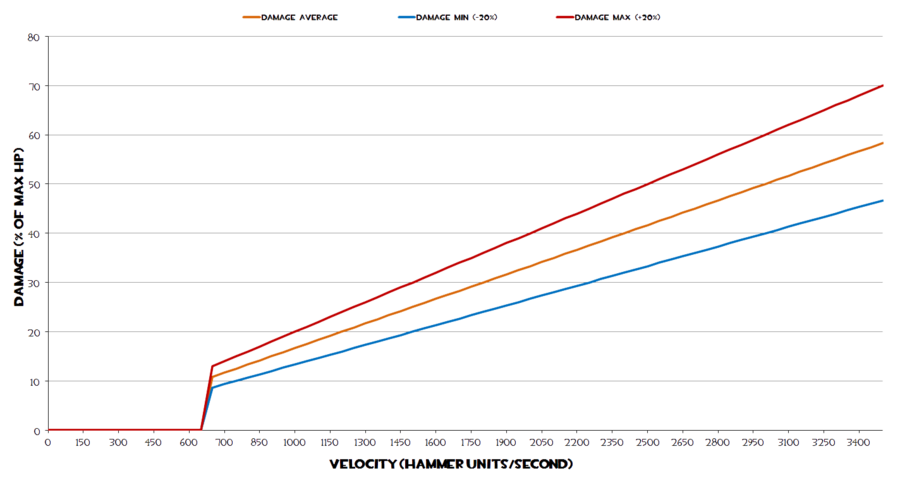