The following discussion is preserved as an archive. Please do not modify it. Subsequent comments should be made in a new section.

I feel that it would be a good idea if, on the front page next to the "Latest Patch" and "Latest Blog Post," we had a link to the archive of the beta patch notes as soon as Valve begins pushing patches through in the near future. Besides, there's quite a bit of extra space there, and I feel quite a few people will come looking for it inevitably. Kanosea 10:37, 4 December 2010 (UTC)

Even if nothing for the holidays comes out for the game, anybody else besides me for or against maybe a little holiday background, maybe some snowflakes or something? Just to brighten up the place for the holidays :D --EvilDeadFan

We have the official christmas cards to work with, and Pyro, Heavy and Scout all have winter themed hats. I think a nice banner could be made, but that's just my two cents Balladofwindfishes 17:41, 30 November 2010 (UTC)

(Thanks dude for your help, now I know how to play Poker because of how great you've been to the world) --The preceding unsigned comment was added by Tommy Vercetti (talk) • (contribs)

http://store.steampowered.com/treasurehunt (Scroll down, it'll be the section titled "You want hats too?")

I've noticed how the loadout, store, and catalog pictures for the Vintage Merryweather, the Carouser's Capotain, and the Horrific Headsplitter are very blurred. Also on the list of servers, the pictures for the official maps Watchtower and Pipeline are blurred too. When might this be fixed? Jarhead 01:42, 8 December 2010 (UTC)Jarhead

Should there be a mouse guide?

I noticed there are guides for IRC and other not so TF2 related guides. Many people do not have much knowledge on how to use a mouse well in TF2.

Should there at least be a link to an outside article somewhere in the wiki for users who want to know what Raw Input and other mouse are?

there was a new update with the killing floor pyro stuff...

I agree. We're working on something. —

Similar to the polycount and scream fortress, i made a banner not the best. im working on a better one but for the time being i think this is nice! If allowed, i would like it up on the main. -= M-NINJA

Don't you all reckon that it's time to move on from that old Horseless Headless Horsemann picture plastered onto that link? Maybe update it for the December 17th update? Redo 07:50, 18 December 2010 (UTC)

Recreate the "Index" icons with the stamp border? 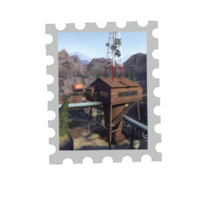 The stamp will of course be rotated 90*, and we could just Photoshop Watchtower out and put whatever we like in. Do you guys think the stamps would be more fitting? I'll make a mockup later - if nobody beats me to it. ;).-RJs 22:04, 19 December 2010 (UTC)

I don't know. It seems fitting now because of the current update, but novelties may wear off eventually. At least the current one fits in with no particular update.Darkstar516 22:18, 19 December 2010 (UTC)

On the front page, it lists the patches and blog additions as being "Yesterday" on January 3rd. As of now, it's January 6. Fix?

Edit: Not more than a second after my post, the dates have been fixed. Great work, guys!

dont know how to add one, but one is out

Check the trending topics. He's got us.

I know this meme, but I think that is stupid to put it in the official wiki.

Did you read the conversation above this? It's a bit of fun. —

The front page link to Crafting was recently replaced by Trading. Since it's the third most popular page on the wiki, I think it deserves a place on the main page. Maybe one of the less visited links (like Administrator) could be replaced? — NVis (talk) 15:48, 12 January 2011 (UTC)

When I click on a "click to listen" under a quote, I am sent to a completely blank page just to listen to 5 secounds of audio. Can this be fixed? It is really unnecessasry.Jarhead 01:47, 20 January 2011 (UTC)Jarhead

Uh, aren't Maps and Game Modes a little more important than Trading and Misc. Items? I don't think we need an entire major link to a section that's only got a couple items in it.

I can understand keeping Trading on the front page, but one of the other two really needs to take Misc. Items' place. And while I'm at it, I really don't think we need a Patches link when we have all the latest patches on the right. VinLAURiA 13:21, 20 January 2011 (UTC)

What? Delete Hats? NOOOOOOOOO- If be honest, there is no amusing information about maps, because you can play on them any time. And if you don't have some hats, how do you know, how they look like? And if you want to paint it in particular colour? DrAkcel (T | C) 13:25, 20 January 2011 (UTC)

I didn't say anything about Hats. I do however think that Misc. Items doesn't need its own major link on the front page considering there's only about a dozen of them. VinLAURiA 02:14, 21 January 2011 (UTC)

"Latest blog post: Today" link leads to the second-oldest blog post, not the latest. I would, personally, update it to just link to teamfortress dot com. --MasterOfTheXP 00:20, 22 January 2011 (UTC)

The preceding discussion is preserved as an archive. Please do not modify it. Subsequent comments should be made in a new section.
Retrieved from "https://wiki.teamfortress.com/w/index.php?title=Team_Fortress_Wiki:Main_Page/Archive_4&oldid=2501931"