From Team Fortress Wiki
(Redirected from Blu)
Jump to: navigation, search
This article is about one of the two companies that employ the two teams of mercenaries in the Gravel Wars storyline. For the game roles of the red and blue uniformed teams those companies employ, see Teams.

BLU (Builders League United) is a subsidiary of TF Industries, which allegedly specializes in "construction operations". BLU has considerable land in the New Mexican Badlands and appears to dabble in numerous industries, the most notable of which being the mining of gravel. They are led by their founder and CEO Blutarch Mann. Beneath the convincing exterior of their bases of operations can be found computer racks, satellites, rockets, and missile installations.

They put a considerable amount of wealth towards militarization in the hopes of defeating their rivals, RED (Reliable Excavation Demolition). Each corporation administers its half of the world with a multi-disciplined army of paper pushers. For any problem lacking an obvious bureaucratic solution, mercenaries are contracted to address the situation through a massive application of force. Conflicts between the two companies began as land disputes between their leaders continued for about a century until 1971, with the death of Redmond and Blutarch.

BLU and RED share an intense rivalry, with nearly all encounters between the two quickly escalating into brutal and often fatal violence. Inter-company friendship is also strictly forbidden by contract. Despite this, the BLU Soldier and the RED Demoman at one time became fast friends after meeting each other at a projectile weapons expo. Once this was brought to the attention of the Administrator, however, she pitted them against each other in a deadly competition that promised a mysterious new item to the winner, twisting their former friendship into a bloody war.

BLU favors a more industrial style of architecture than RED. BLU's dress code, however, is rather liberal, requiring that employees adopt a blue motif for easy identification. This could also be for identification by Sentry Guns.

The Administrator terminated the Director's interviews just before he started with the BLU team; so, in the Team Fortress 2 shorts by Valve, BLU usually is killed or defeated by RED. 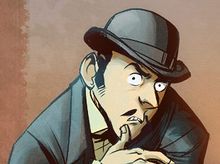 Known sub-fronts of BLU include: