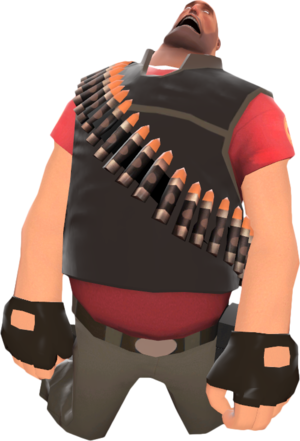 Any death unaided by an opposing player is considered to be a suicide.

There are multiple ways to suicide in the game. These include the player switching to another class or team while not inside a Respawn area or Resupply area, a Soldier and a Demoman hitting themselves with their own explosives, a Pyro deflecting projectiles at their feet, or a Scout with the Boston Basher or Three-Rune Blade hitting himself repeatedly. It is also possible for an Engineer to be killed by his own Sentry Gun. If the player killed himself by switching teams or classes or using console commands, the message, "<insert name here> bid farewell, cruel world!" will appear as a kill notice. These kill notices do not appear on death by environmental damage. However, death by drowning, trains, and saw blades will indicate the player suicided. Dying by trains, saw blades, or in an Underworld produces distinct kill icons. Dying by fall damage (or a Pitfall) produces a different death message: "<insert name here> fell to a clumsy, painful death."

Soldiers are able to suicide by performing the Kamikaze taunt, killing themselves and any opposing players in range. However, the Soldier can survive if overhealed by a Medic and buffed with the Battalion's Backup, or if ÜberCharged.

A suicide can also be performed instantly by typing kill into the console. This is normally used in specific situations, such as when the player is stuck and wishes to begin the respawn cycle. Similarly, a player can enter explode into the console to undergo a gibbing suicide, as if killed by an explosion. These commands, however, are disabled during humiliation.

Players who have recently damaged enemies who die from suicide or an environmental death get an assist in the kills list in the form of "<player> finished off <victim>". Any death not directly caused by a player will achieve this.

While dying and returning to spawn after a lengthy delay means that the team is disadvantaged in terms of numbers or damage, suiciding can be useful in some situations. First, note that suiciding can be risky for Engineers as their unattended buildings can be vulnerable, and suiciding is often not worth doing with classes with charging mechanics, like the Medic's Übercharge or the Soldier's banner rages.