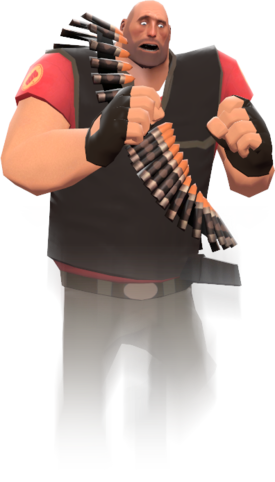 The term respawn may be used to refer to either the act or event of respawning, the place in which it occurs, or the reappearance of map pickups after they have been used, such as Ammo and Health packs. The game respawns players in waves in order for them to appear together with other players who died at a similar time, thus forcing them to work together. Ammo and Health kits take around 10-20 seconds to respawn.

The initial entry in which you first join a map, as well as the creation of new entities (such as the appearance of Skeletons), simply goes by the term spawn.

In Arena Mode, or when matches turn to Sudden Death Mode, players that die will not respawn until the next round has begun.

Respawn wave time on a server can be altered by changing the mp_respawnwavetime variable.

Some servers feature instant respawn times where the waiting period for players to respawn is drastically reduced or even eliminated for all players. Servers can use either third-party custom plugins to enable this feature or the in-built command mp_disable_respawn_times. The amount of time between death and actual respawn can vary if the server forces the Deathcam to be displayed.

The respawn area refers to where newly-joined and resurrected players are placed. On some maps, this may be a separate room from the resupply area. Frequently, the two areas overlap and there is no visible distinction between the two. The use of the respawn area as a separate room is frequently found on Capture the Flag maps. In this case, there are sometimes automatic double doors leading to the resupply area. These doors frequently may only be opened from the inside, and when present provide one of the few safe places during Humiliation.

You may change your class within the respawn area without committing suicide. On most maps, it is also safe to change class within the resupply area, even if they are separate rooms. The point where you respawn is randomly chosen, but on Control Point maps, it is often determined by which control points your team has control over. Note that changing classes may at times instantly place you in a different respawn area if more than one is present.

In the VPK files of Team Fortress 2, and in unused sound effects, there is a turret that may have been intended to guard the respawn area rather than the eventual invisible wall, similar to Team Fortress Classic.

The resupply area is a room which is generally safe from opponents and provides you with Resupply lockers to replenish your health and ammunition. Depending on the map, this area may be adjacent, separate, or even overlapping to the respawn area. Most resupply areas contain one or more Resupply lockers which instantly provide full health, metal, and ammunition (including refilling all of your weapons' magazines) upon opening. They also are able to remove the effects of Jarate and Mad Milk, stop bleeding, and extinguish afterburn. Using a Resupply locker also allows players to switch between hats and/or weapons if they have already respawned, therefore eliminating the need to switch between classes in order to update your weapon loadout (unless you have the option 'Automatically respawning when you change your loadout' checked). As an honorbound Demoman or Soldier with the Half-Zatoichi out, touching a Resupply locker will allow you to switch weapons without losing health. Finally, using a Resupply locker will recharge the explosive in the Ullapool Caber, and give another Razorback to a Sniper who has been backstabbed while wearing one. To open a Resupply locker, the player must simply walk near it. Note that Resupply lockers cannot be opened during Sudden Death or by the losing team during Humiliation.

Other purely decorative objects within the resupply area may include lockers in which the various classes keep their personal belongings, free weights, and targets for practice.