From Team Fortress Wiki
Jump to: navigation, search
This article is about the town of Teufort. For the game map, see 2Fort. For other uses, see: Teufort (disambiguation).

Teufort (also referred to as "America's Gravel Basket"[1], "The City That Never Seeps", "The Big Gravel", and "Manhattan of the Badlands"[2]) is a fictional town, located in the northeast Badlands region in the American Southwest. The town adjoins the facility of 2Fort, which has been leaking chemicals into the city's water supply for generations[3].

Several historic events, including those related to the Gravel Wars, take place in the environs and institutions of the community, such as the trials and attempted hangings of the Scout and Spy[3].

The town contains a large landfill at its center, blocking multiple businesses, a Government owned Casino, which is used as a school, and a Federal pedophile sanctuary, which was formerly a retirement home[3].

According to local publication[4], the settlement, originally named "Hugginsville", was founded in 1847 by Claude Huggins, lone survivor a bear attack, who went on to settle the town directly on top of his wife's skeleton. Later that year, a wandering pack of teenage bullies forced Huggins to rename the town to "Two Farts", after which he was too afraid to restore it's name, and renamed the town to "Teufort" instead[4].

During December some time between 1968 and 1971, a Mall Santa Training facility was blown up in the surrounding area. Two suspects (the BLU team Scout and Spy) were apprehended for the crime, who later incriminated their lawyer (the Soldier) as a conspirator. The three were sentenced to community service in the Teufort mall, which was subsequently attacked by Smissmas holiday mascot Old Nick, who they murdered with the help of a local boy.

For a period of unknown length before 1972, the residents of Teufort had been led to believe the mercenaries were responsible for all of the towns civic errors. It was later revealed it had all had been the mayor's doings, in his ignorance using alegal methods in running the town, judging unconstitutional trials, and executing criminals[3].

Teufort is situated within the northeast Badlands region of New Mexico.

Teufort is located in a fertile agricultural area within the Badlands.

The community boasts an incredibly active economy given its small population. Major commercial enterprises include the modern Teufort Mall[5] and a large bank[3]. 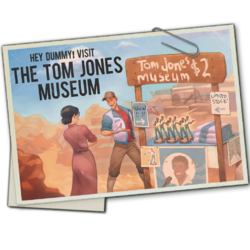 Several local and area publications are essential in communicating local events and promoting businesses and products. 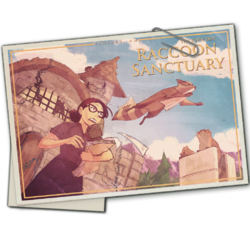