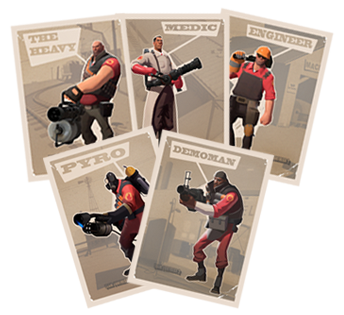 The Team Fortress 2 trading cards are produced by Valve and are sold through the Valve Store. They were designed by the TF2 art team and originally intended to be distributed at cyber cafès as part of a promotion, but the promotion never began. There are nine class cards (one for each class), six map cards, three weapon cards, and one Team Fortress 2 card. Each of the class cards provides a biography about that class. Some card images were released by Valve directly on the TF2 Official Website, while other images were not officially released and were instead scanned manually by the community.

The class cards were also included as merchandise with the RED and BLU fan kits that were available directly through the Valve Store. Along with other assorted items, the fan kits came with two packs of TF2 trading cards, each containing five random cards. Trading cards used to be available separately (1 pack for US $1), but they are no longer sold on the Valve Store. 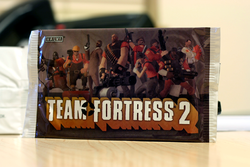 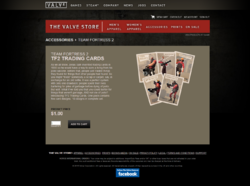