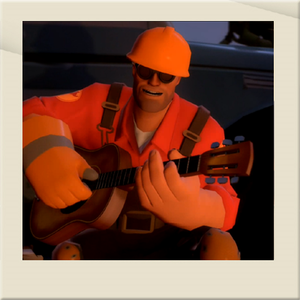 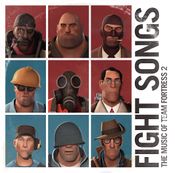 Fight Songs: The Music of Team Fortress 2 is available on CD, vinyl record, and digitally. It contains the complete soundtrack of Team Fortress 2. It was released on April 21, 2017, and is available for purchase from Amazon and Bandcamp or digitally on most streaming services, including Steam. Some tracks in this compilation have been renamed, and all of them are in a different order than they were originally released in. Those who purchased the Vinyl Edition got a code to download the soundtrack at dropcards.com/TEAMFORTRESS2. The promotional item this album's code gives is the Audio File.