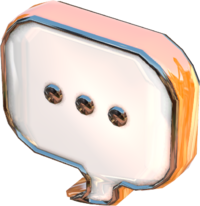 Developer commentary, also known as devcom, is a mode selectable on the main menu in which you can enter one of three maps (Hydro, Gravel Pit, or Well) and listen to developers such as Gabe Newell describe the design process for each map, as well as philosophy for various weapons, features, classes and mechanics in Team Fortress 2. The player enters the designated spawn room and can travel to various different Commentary nodes by pressing the alt-fire button (left trigger on the Xbox 360). The player can activate a commentary node by pressing the primary fire button (right trigger on the Xbox 360) while standing next to it. Occasionally, the game will take control of the camera to show the player a specific angle or section to illustrate a particular point.