A glitch is a bug or error in the game or map. It is not to be mistaken for an exploit, which is abusable to the benefit of a player using them or general griefing. A glitch would be along the lines of not being able to load a menu screen or jumping out of the map by accident. 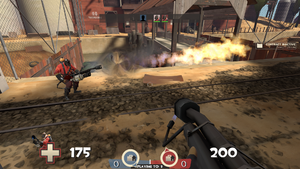 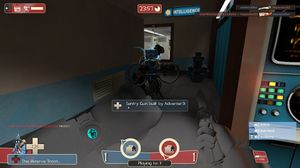 A BLU Sentry Gun with a Snack Attack model on it, though no damage is being dealt. 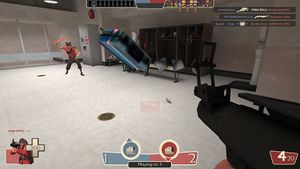 A RED Scout in spawn with an invisible model, carrying the Intelligence. 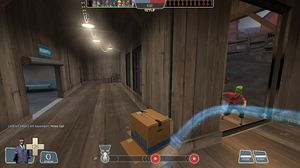 An invisible spawn gate for BLU on pl_thundermountain. 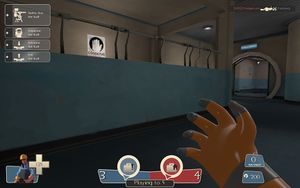 The water in 2fort having missing textures.

Inventory glitches are glitches with the inventory system in the game. These usually result in items with abnormal traits, most frequently altered item qualities. These items are unique in that they are the product of short-term glitches that are usually fixed quickly, making them difficult to acquire without trading.