The Steam Workshop is a mini-site that enables users to submit modeled items for in-game release and displaying online and Custom maps for the community to play with. The site went live with the Manniversary Update & Sale on October 13, 2011, and aims to make item contribution more open to the public by allowing all users to view and rate submitted items, and let the community play and rate maps. It currently supports Team Fortress 2 and over a thousand other titles. Team Fortress 2 submissions must be in the form of maps, weapons, cosmetics, taunts, War Paints, or Unusual effects.

Users may also tag their submissions in special categories, denoting submissions for "Sound Device" items such as the Boston Boom-Bringer, holiday events like Halloween and Smissmas, and occasional special events and themes, such as the promotional item tie-in contests for Lara Croft and the Temple of Osiris and Batman: Arkham Knight, and the Jungle theme leading up to the Jungle Inferno Update.

Submitted items can be viewed in the gallery of the site, sorted by the most recent or highest rated submissions. Items submitted to the site are chosen based on the quality of modeling, texturing and animation, and attributes such as damage statistics and weapon functionality are determined by Valve before release, in order to consider game balance.

The Steam Workshop site was created to replace the Contribution page on the TF2 Official Website and to make it easier for users to receive feedback from Valve and the wider community regarding specific entries.

As of August 9, 2019, all Workshop submissions require manual approval from Valve.[1] 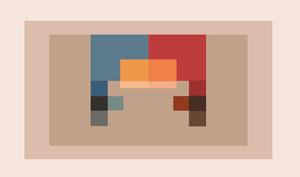 Items submitted through the Steam Workshop through the in-game import tool have the option of running through a verification process to ensure that the item meets a set of performance standards.

Submitted items without a gold star indicate that there may be difficulties incorporating them into the game and consequentially, have a very low chance of being selected.