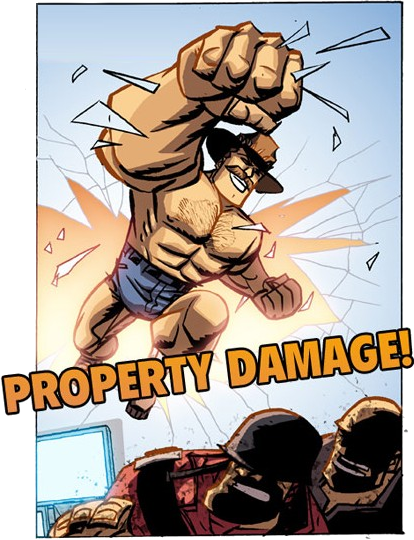 Saxton Hale is a daring Australian, President and CEO of Mann Co., and the star of many comics series. He is considered the fourth richest man in America. He was the sixth richest man in America, but surpassed the fifth by wealth and the fourth by killing him in a harpoon duel. His favorite pastimes include fighting, drinking, and battling with ferocious animals. In fact, most kids sleep with a teddy bear at night, but Saxton Hale sleeps with an actual bear that he tamed while in the Brazilian Jungles. His identifying features include a mustache, rippling muscles, a crocodile-tooth lined hat, and a patch of rotating chest hair shaped like Australia. He also refuses to wear clothes on his upper body "for obvious reasons".

Saxton is the most current male of the Hale family to take up the reins of Mann Co. since Zepheniah Mann left its ownership to loyal aide and tracker Barnabus Hale in his last will and testament. His boisterous presence is felt in all areas of the company, from the slogan "We sell products and get in fights" to Gorilla Wrestling Fridays – his attempt at employee morale building. He also fills out customer forms with tick-boxes to either intimidate any product-thieving rivals or commend new inventors submitting a new product idea to him. His inspiring image is also featured on numerous Mann Co. catalogs and promotional materials. He is known (and feared) for his belief in handling customer service issues personally, with his official policy being: "If you aren't 100% satisfied with our product line, you can take it up with me!"

Saxton Hale is voiced by JB Blanc in the Jungle Inferno video[1]. 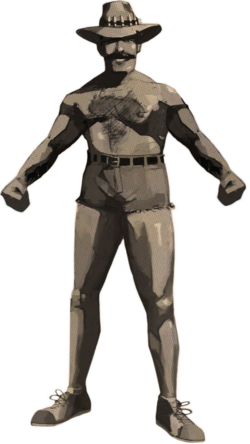 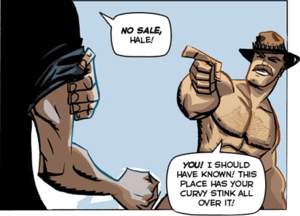 During the Mac Update, a non-canon comic was released that contained Saxton Hale. In this comic, Saxton Hale smashes through the Apple store's window, as he proclaims that he is going to burn the store to the ground. Saxton picks up a nearby device, presses a button, and then blows up the Moon with the Apple store's product ("iBlewupthemoon"). The product impresses Saxton so much that he decides to purchase the company. However, a figure in a black sweater (presumably Apple CEO Steve Jobs in his trademark turtleneck) appears and declines the offer. Saxton instantly recognizes the man and insults his curvy designs. The comic ends with the title of the next issue When Titans Clash. 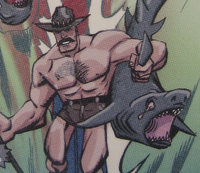 Saxton Hale in combat with sharks.

The lucky few who sent in the Force-A-Nature order form[2] received an invoice from Saxton Hale himself, sadly informing them that the requested item was out of stock. For compensation, the sender received a signed photo of Saxton Hale standing in front of Ayers Rock with the words "Thanks for writing, little fella!" and a keychain featuring a random Team Fortress 2 class. The letter also advised to keep an eye on their mailbox, as new products could be on the way.

Yet more lucky senders who mailed in the coupon[3] received a letter bearing the Mann Co. logo and the snarling face of Saxton Hale. Inside was a letter informing the recipient that the requested product(s) were out of stock and that they should continue to check their mailbox as new items/legislation could be on the way, as well as several postcards bearing random cover images from the Mann Co. comics.

At this point, Valve asked players not to send any more money due to legal reasons. Valve donated the money they had received to Child's Play.

Saxton Hale in combat with a Yeti, a second before killing it.

In the Jungle Inferno video released for the Jungle Inferno Update, it is explained that Saxton Hale converted a weapons factory into a Yeti-fighting theme park, "Yeti Park", and an animal enhancement laboratory, the YTI Institute for Research and Development. But, it goes horribly wrong with the enhanced Yeti escaping and attempting to kill everyone working at the institute, including the RED team that just arrived. After tracking down the loose Yeti, Saxton battles and eventually kills it with a final punch that causes it to explode into gibs and blood, the head and limbs scattered. Saxton is then interrupted by a phone call from his assistant, Mr. Bidwell, to inform Saxton that there are no more Yetis to use for the park due to them being extinct. Saxton then comes up with the idea to repurpose the failed theme park into a park where the TF2 mercenaries can fight each other, calling it "Mercenary Park".

The character of Saxton Hale was introduced over the course of the Sniper vs. Spy Update: 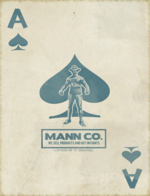