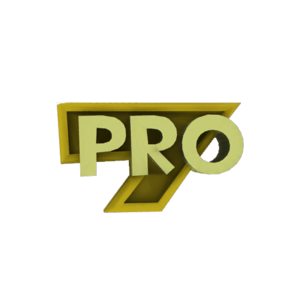 Medal issued to the players who finished first in the Invite division.

Prolander (Also known as 7v7) is a competitive format, promoted mainly by members of the Highlander community and RGL league's head admin, Sigafoo. The first season began on June 15th 2017 in North America, and spread to Europe and Australia in April and August 2018 respectively. The format aims to be a middle ground between 6v6 and Highlander, which encourages the players to not stick to a single meta and adapt to the opposing team.

Classes are limited as such :

Even though it's a commodity before a match for both teams to go through a process of pick/ban to define which weapons will be banned or allowed, the leaders of the respective teams can also decide to not select their picks/bans. In that case, the league's default whitelist for the format is instead applied, with the banned weapons being as followed :


†Banned from the default whitelist and the pick/bans.

With its team sizes of 7 and class limits of 1, the primary strategy of play revolves around the support and pick classes chosen by each team. Classes can be changed in game at any time, as long as there are no more than one of each class outside the spawn at any given time. As with other competitive formats, there is a combo consisting typically of a Medic and a Demo, with other classes such as Heavy and/or Pyro often joining them. The combinations of the classes possible creates a variety of gameplay options, for example the defensive team on a Payload map may choose to use a Medic, Demo, Pyro, Heavy, Engineer, Solider, and Sniper which would be a very combo heavy, defensive composition. The attacking team may run a Medic, Demo, Pyro, Sniper, Solider, Scout and Spy, which is very flank/pick intensive composition which could be used to counter the other teams defenses and exploit lightly held flank routes. The format revolves around shifting classes in response to the other team, for example if BLU struggles to deal with a RED Engineer they may run a Spy. If a RED Sniper then changes Pyro to counter this Spy, then that leaves RED open to a BLU counter Sniper and so on.

The idea of Prolander was popular discussion in the Highlander community, and Sigafoo had began testing out matches in the said format. Originally, it was supposed to be a 6v6 variation, but then, it was later modified to a 7v7 format due to popular demand from the following playerbase behind it, and the TF2 community itself who shown interest in the format.

For now, the only league that hosts Prolander tournaments is RGL, and it has become popular in the competitive community thanks to the large number of regions the aforementioned league covers (North America, Europe and Australia) as well as the playerbase itself, which continues to grows as the format continues to be played on high-level tournaments. The league has prize pools of up to $3600 at the Invite level which contributes to its popularity.

RGL.gg and Kritzkast are the active organizations that provide casts for the competitive Prolander scenes in North America and Europe respectively. Previous coverage of early Prolander seasons has been done by eXtelevsion.