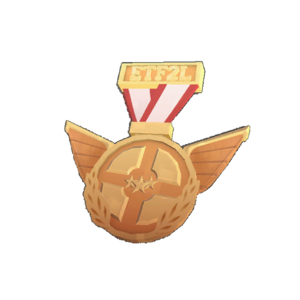 This article is for competitive play.

The standard competitive format Highlander is a common rule set used by many TF2 leagues. Not all leagues follow all of these rules exactly, but most major ones do, and most competitive players scrim with them on. Settings not listed here are either default, don't impact gameplay, or significantly vary by league.

Teams are limited to 9 players each. Most leagues allow teams to start with only 8 players if they are unable to field a ninth player or if the designated player can not attend the match for any given reason (though it is common practice to give opponents extra time to find all of the players necessary if any are having trouble). Teams unable to field the required nine (or eight) players generally incur a forfeit loss.

Classes are limited as follows:

In other words, each class can only be played by one person on each team.

All non-random crits still function, so long as their status is relevant (for example, backstabs will not crit, but still deal 600% of the target's current hit points, and a Kritzkrieg Über will still give a temporary crit-boost).

This means that damage randomization is removed, but damage ramp-up and falloff based on distance still occurs.

Note that after the July 2, 2015 patch (The Gun Mettle Update), damage spread defaults to off on all games. 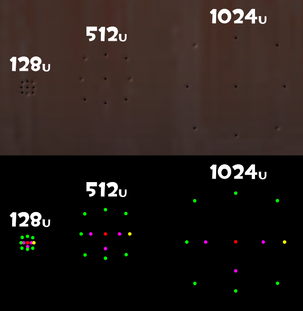 Teamtalk, if specified at all, is enabled.

This means that team members can use in-game voice and text chat with each other even while dead (though most teams use low latency external voice programs such as Discord, Mumble or TeamSpeak regardless). Unfair ghosting is prevented by only allowing dead players to spectate allies, with third-person and free-roam spectating disabled.

All game models, textures, and particles are forced to TF2 defaults via sv_pure 2.

The wait command may or may not be disabled. Scripts otherwise function normally and are permitted, so long as they're not exploitative.

Custom HUDs are allowed in full.

King of the Hill (commonly referred to as KOTH) matches are most frequently played in two match-rounds.

Payload matches are played with the Stopwatch config.

This means that the first team to capture every point on a payload map the fastest wins. After a team finishes attacking and defending for one round, the team with the fastest capture time is awarded one point. It is common for Highlander teams on a payload map to play in a best two out of three format. Possible scores for payload maps include 2-0, and 2-1.

Capture point maps are the least commonly played map type, as the full time use of classes such as Engineer and Sniper slow the game down too much. The matches are played with a 30 minute time limit, and a win difference of 5 or whichever team has the most rounds at the end deciding the victor. If at the end of the 30 minutes both teams have the same number of rounds, the match enters into a 'Golden Cap' round which has no time limit and the first team to capture the enemy last point wins the match. There is some variation in the config between different leagues.

Capture the Flag (commonly referred to as CTF) matches are played to a specific time limit (as opposed to a score goal, though there may be a mercy rule). There are no leagues that currently run this format in their main seasons.

This means that a given half of a match will continue playing until the timer runs out. Most leagues tally points from all halves into final scores (assuming there is more than one half) to determine the winner. Some leagues enact mercy rules, which end the game early if one team gets an insurmountable point lead over the other. Crits on capture is disabled.

Asia and Oceania primarily use the UGC Highlander league.

RGL.gg and Kritzkast are the active organizations that provide casts for the competitive Highlander scenes in North America and Europe. Kritzkast covers the European ETF2L league, and RGL.gg covers its Highlander league (which is only currently available in North America). There are no consistent streaming organisations that cover UGC Highlander, however matches may be streamed by individuals casting or playing a match. Asian and Oceanic HL is covered by TFLIVETV.