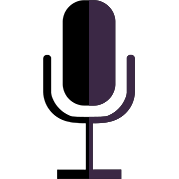 Administrator responses are contextually triggered lines that play after something important happens in a match, for instance when the Intelligence has been picked up or how many seconds of the game there are left. All of the Administrator's lines can be heard below.

Note: These responses were originally recorded for the Special Delivery game mode and Payload Race, but remain unused. They have been repurposed for Snowplow.

King of the Hill Mode responses

Note: The game mode is currently in beta, meaning the following voice lines may change in the future.

Note: Many of the lines are for generic devices as opposed to Australium. Two lines have been repurposed for Snowplow.

Note: Many of the lines call for conditions not present in any official Payload Race map