The Polycount Pack was a contest sponsored by Valve and the modeling community Polycount to develop new community item packs for introduction into Team Fortress 2. The contest was held for 5 weeks in May-June 2010 to coincide with the launch of the new Polycount site.[1][2] The contest submissions were to be brand-new models with unique stats once added to the game, but had to be designed to replace items that already existed. The contest closed on June 28th, 2010, and the winners were announced on July 15.[3] The five winning item packs were added in the Mann-Conomy Update.

In addition to the five winning packs, Valve confirmed that several other packs[4] were of high enough quality to be added to the game, and could be added in later updates. According to PC Gamer,citation needed a 6th pack was supposed to be included, along with a new Medieval game mode as a bonus. They were both cut from the update due to time constraints, but were later added in the Australian Christmas Update along with two other packs. It was also hinted in a blog post[5] that Valve were working on a new training map, but this did not happen until the Hatless Update on April 14, 2011 in which training courses were added to Target for the Demoman, the Engineer, and the Spy. Three more item packs were added as part of the Über Update.

The five winning Polycount sets were originally released with item set bonuses; wearing all items of one of the sets, including the hat, originally conferred a modest combat bonus. However, the bonuses were removed in the July 10, 2013 Patch, replaced with with the effect of placing "calling cards" on the corpses of enemies killed (except for the Saharan Spy set, which got additional effects while taunting). The packs added in the Australian Christmas update did not require their respective hats for their set bonuses, while the packs from the Über Update and most other later item sets (from other sources) had no set bonuses at all. 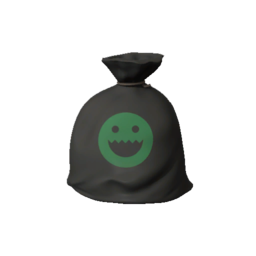 Previously known as The Gas Man 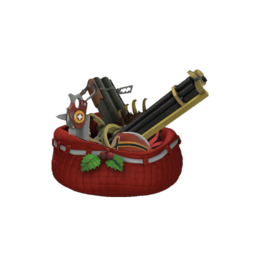 Previously known as The Medi(c)eval Update

Previously known as The Australian of Arabia