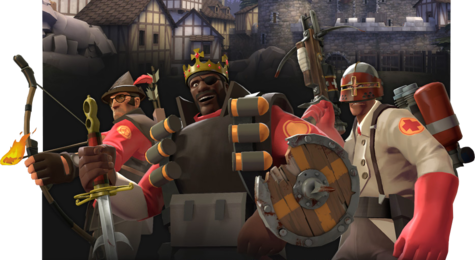 Medieval Mode is a game mode added to Team Fortress 2 during the Australian Christmas event with the December 17, 2010 Patch.

Currently, there is only one official map that uses Medieval mode, DeGroot Keep. The game mode is unique in that it does not allow players to use any weapons of their choice - it restricts them to a set list of allowed weapons, mainly focusing on melee weapons. The goal of the game mode is similar to a control point game, in that there are a number of control points which the attacking team must capture and the defending team must defend. In the only currently official map, the attackers must capture the first two control points in order to gain access to the last control point, which, if not captured in a set amount of time, will subsequently close and all control points will revert to being uncaptured.

Medieval Mode currently has only one map, DeGroot Keep. Despite that, the mode can still be enabled on any other map with the server variable tf_medieval set to 1. 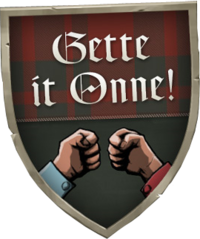 Promotional logo for the Medieval mode.

When playing on Medieval maps, an "auto-roleplay" parser modifies all text chat between players to look like Ye Olde English by randomly applying the following rules.

For a full listing of all word replacements, see this file.

Added to beginning of chat messages

Added to end of chat messages