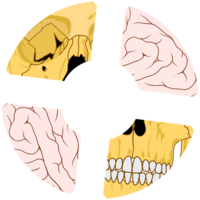 Zombie Fortress is a SourceMod plugin and unofficial game mode for Team Fortress 2. There are two opposing teams: the Survivors (RED) and the Zombies (BLU), who wish to eat the Survivors. Survivors need to complete their objective, which may vary depending on the game mode. Survivors have the advantage of having ranged weaponry while the Zombies have the main advantage of having the ability to respawn and convert slain Survivors into Zombies. When a Survivor is killed, they are switched to the Zombie team. When no Survivor players remain, the Zombie team wins. One could compare the game mode to a mix between Arena and Medieval Modes, respectfully, each affecting a different team simultaneously.

The Survivors and Zombies can only select certain classes. The Survivors can choose the Soldier, Pyro, Demoman, Engineer, Medic, and Sniper classes. They are armed with regular weapons and several perk choices for modified effectiveness against the Zombies. The Zombies can only choose the Scout, Heavy, and Spy classes, which are only equipped with their melee weapons (there also can be servers with more or all classes who can be played as Zombies, but they are very rare) , most lunchbox items (such as Bonk! Atomic Punch, and Sandvich), a choice of perks, and the ability to use Kill taunts.

Zombie Fortress is a very versatile mod that can work with many styles of gameplay. The following are a list of the major types of Zombie Fortress maps:

Survival: In survival maps the Survivors attempt to live until the map timer runs out by running away, hiding, or mowing down the Zombies. The Zombies' goal is to kill every survivor before the timer runs out. Good survival maps tend to be enclosed and well laid out. They generally have lots of camping spots but make it easy for players to get around the map. This is currently the most popular type of map in Zombie Fortress.

Attack/Defend: In attack/defend maps one team is charged with protecting various control points from the other team until the timer runs out. Normally in Zombie Fortress the survivors are the attacking team and the zombies are the defending team, due to the fact that the zombies have infinite lives and can simply charge en masse repeatedly to win. Good attack/defend maps have fair control point capture rates compared to the length of the map and usually contain a few traps here and there to snare unsuspecting survivors. The really good attack/defend maps have special kill triggers that kill survivors attempting to delay the round by hiding in spawn or well behind the attacking group.

Capture the Flag: In capture the flag maps one team is charged with protecting an information brief case (sometimes given a special model to be something else) while the other team hunts down the briefcase to return it to their home base. In Zombie Fortress this map style is widely unpopular due to the difficulty of pulling off a fair and balanced gameplay. Usually, however, survivors are charged with capture while zombies are charged with defense. There are currently no maps that have survivors and zombies both capturing and defending.

Perks are special abilities that both the Survivors and Zombies can use. They can change health, defense, attack, speed, and introduce new gameplay mechanics. Some perks stack up on each other when used by several players. Perks have been updated by various users, namely the original mod creator Sirot, the person who took after him Dirty Minuth, the most recent public updater Weenie, and the current updater Requiesta de Silencia.

Super Zombie Fortress works the same as perk-less Zombie Fortress. If running on an officially endorsed server, survivors only start with melee weapons and collect randomly generated weapons from spawn and from certain areas around the map. Players can only pick up class-specific weapons (multi-class weapons such as the Shotguns can be picked up by all classes who can use this weapon). This makes class variety and teamwork even more important due to limited firepower (and for the Medic, healing power) and distribution of weapons. Other servers cannot run this private mechanic, but Super Zombie Fortress is still playable without it.

It is not uncommon for survivors to lack key weapons such as the Medi Gun or the Rocket Launcher for the majority of the map, especially on smaller teams. Therefore teams should have a variety of different classes to ensure that most weapons can be used and less weapons need to be passed up due to the lack of the corresponding class in the team.

Most Super Zombie Fortress maps that are successful are Attack-type maps where the survivors capture points from zombies. Other map types such as survival-based maps are usually developed for Zombie Fortress instead.