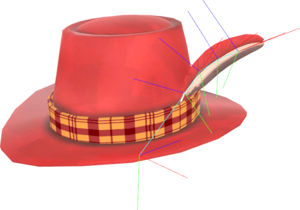 Jiggle bones, also known as jigglebones and often as jigglies, are a feature of the Source Engine that allow a skeleton (also known as a rig or bonetree) of a model to bounce, wiggle, or otherwise move with the object it is attached to. The effect is calculated and rendered in real time, giving a clearer depiction of the way the part would hypothetically move in real life (although some effects are intended artistically, not realistic). Jiggle bones are used frequently on many items in Team Fortress 2 to add to their appearance in some way; the effect is purely cosmetic.

Items that use Jiggle bones