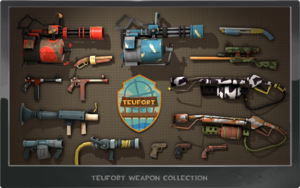 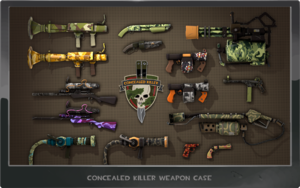 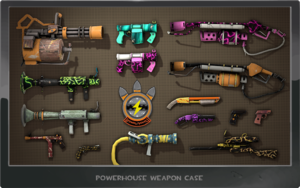 The Harvest Collection is one of two weapon skin collections available through completing Tough Break contracts. Half of the possible skins from this collection are based on autumn colors and patterns, such as leaves, pumpkins, and trees. The other half of the skins take on a more "spooky" or Halloween-based style. The Boneyard skins, in particular, have an unique aesthetic, as lower grades cause the bone-colored parts of the weapon to wear off, revealing bloody "bone marrow" instead of showing the gun's stock texture under it. As of October 20, 2017, the Macabre Web, Nutcracker, and Autumn skins been rereleased through the War Paint system introduced in the Jungle Inferno update.