Suijin is a King of the Hill community-created map set on a Japanese cliffside shinto shrine to Suijin, the god of water in Japanese mythology.

The map focuses heavily on rooftop combat and clipping is very lenient, because of this, areas such as the islands off the cliff are accessible with enough momentum.

Suijin was the first map made with the Japan Content Pack.

The map was initially created as an Arena map. Later this King of the Hill version was created.

A portion of the money made from sales of Gun Mettle Campaign Pass for the Gun Mettle campaign goes to the authors of this map. 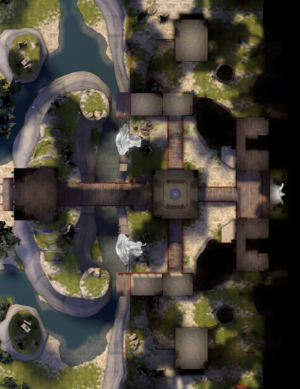 Overview of Suijin (with interiors). 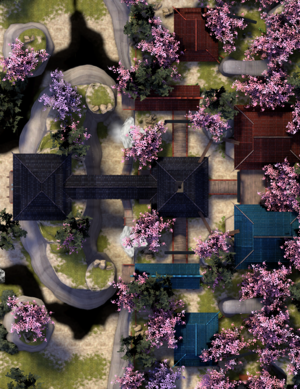 Overview of Suijin (with exteriors).

Suijin was contributed to the Steam Workshop.

Note: If your having trouble with finding the locations listed here, you can scroll down to the Helpful overview to see there exact position marked on the map. 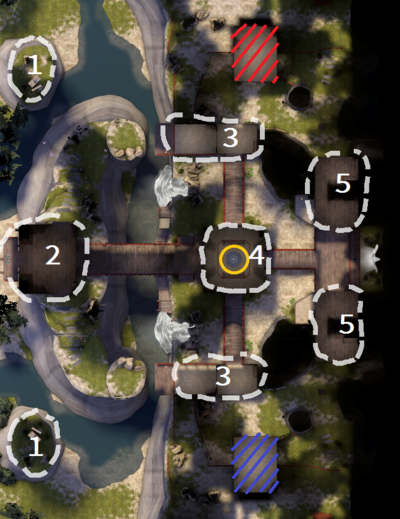