Powerhouse is a symmetrical three point Control Point map introduced in the Gun Mettle Update. It is set in a hydroelectrical power plant. 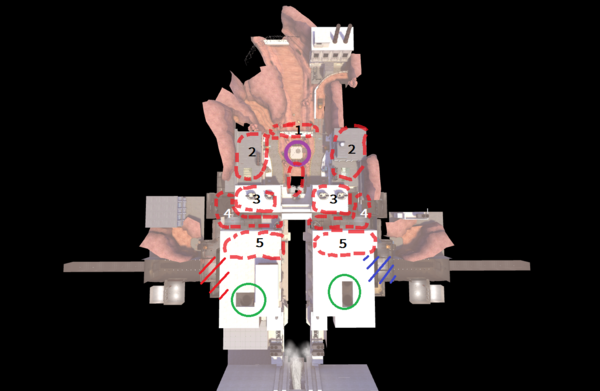