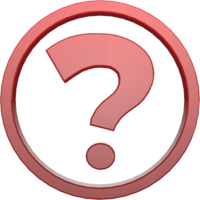 An Alternate Reality Game (ARG) is an interactive event that has some portion in the real world and may be influenced by its participants.

From July 18, 2011 to December 15, 2011, crashed rockets appeared on three maps as a promotional ARG for release of items developed in partnership with the Weta Workshop, including the Dr. Grordbort's Victory Pack Update and Australian Christmas 2011. Players could explore the crashes with Spectate.

On June 19, 2012, TF2 was updated with no official patch notes. In the June 19, 2012 Patch itself, however, the following craft items were added to the drop system: Goldfish, Pocket Lint, Cheese Wheel, Banana Peel, Barn Door Plank, Secret Diary, and Damaged Capacitor. They dropped alongside every item drop except for crates.

The following day, the June 20, 2012 Patch was released. Following this update, any player who equipped the Eliminating The Impossible set would now see new descriptions for the previously added items. The new descriptions would have several random characters replaced by periods, resulting in slightly different strings for each player.

Stitching these phrases together produces the following quote:

An update to the item schema added new records to the Eliminating The Impossible set attribute, consisting of 8 MD5 hash strings:

The June 21, 2012 Patch added the ability to craft two or more Banana Peels together. This resulted in an error message; its header detailing a "Banana Error # (1-8)". The body of the message is in Spanish followed by Finnish roughly translated as "Banana Overflow Error; Detailed Report:". A numbered code follows comprised of a string of hexadecimal sequences. The sequences vary from player to player even among messages with the same Banana Error number. The dismiss button is replaced with its equivalent in Welsh. Crafting the items does not result in the loss of them, and any further attempts to craft them will result in the same error message.

Several communities began collecting the unique error codes and sites and piecing the data together. It was discovered that the 8 error codes correspond to 8 different PNG images, with the hexadecimal codes corresponding to data chunks of the resulting image. The MD5 hash strings served to act as checksums for verifying the images are assembled correctly. The resulting images produce QR codes that linked to images on the TF2 Official Website; there are only seven such images as the codes produced by PNG images 7 and 8 are the same and link to the same page. The images contain sections of a transcript, divided vertically. The completed transcript contains an excerpt of a U.S. Senate hearing featuring Saxton Hale over the death of Poopy Joe and Saxton Hale's involvement with it as well as the disappearance of the entire United States supply of Australium.

Replacing the long words with dashes and the short words with dots reveals a message in Morse code.

The following Monday, the Pyromania Update was announced.

Note: The June 27, 2012 Patch incinerated the Mysterious Treasures into piles of Ash with the exception of the renamed Barely-Melted Capacitor and the Fireproof Secret Diary which retained their appearance. The July 11, 2012 Patch removed the Ash, again skipping over the Diary and the Capacitor.

The TF2 website as it appeared with the blood spot

On August 10, 2012, a bloodstain appeared on the site logo on the TF2 blog, which led to a hidden page containing the birth certificate of the previously unknown third Mann brother, Gray Mann. It is stated that he absconded with the unknown entity 'EAGLE'.

The August 10, 2012 Patch added Carrier Tanks to 2Fort, Badwater Basin, Doublecross, and Granary. They can be seen in the distance standing motionless.

The appearance of the second blood spot

On August 11, 2012, a second bloodstain appeared on the site logo, this time leading to a hidden page containing the now fully revealed the Last Will of Zepheniah Mann. The missing lines disclose that he was being blackmailed by his son Gray and, in response, Zepheniah left Elizabeth his hidden cache of 'miracle' gravel.

In the August 11, 2012 Patch, the Barely-Melted Capacitor was updated to be equippable and several class-specific hashes were added to the item schema.

When high-fiving a player who has equipped the Barely-Melted Capacitor, text would be printed to the chat box. Each player could see three unique messages, depending on the other person's class.

The text takes the form of this sample output (Text in italics varies from person to person):

After several communities collected the outputs from high-fiving with a capacitor, the item names were mapped to hex codes. It was found that each class's outputs formed various file formats; The Scout, Pyro, Heavy, and Medic corresponded to a png file, the Soldier to a bmp file, the Demoman to a zip file, the Engineer to a text file containing C++ code, the Sniper to a MIDI file, and the Spy to a link that led to a zip file containing a KeePass key file. The image files were QR codes, the zip file contained ASCII art, the MIDI contained Morse code, and the C++ code outputted text. It was found that these words corresponded to hex using the PGP word list.

The password to the Spy's keypass database was the previous class's numeric byte values strung together in order, 053B140A6EC56DEC. The file contained an image of a QR code, which when XOR-ed with the other QR code images led to this link.

The link contained an image describing a recipe of 8 items, which, when crafted together, caused a system-wide alert in-game, notifying players that a new comic, Blood Brothers, was available.

In the aforementioned recipe list image, the letters T, O, B, O and R are visibly stained by blood; this forms the word "TOBOR". There is also a Tour of Duty Ticket stuck to the back with a paper clip.

On August 12, a blog post entitled Blood Brothers went live, announcing that the ARG had been completed. The post said that Valve expected the comic with the same name to be discovered in a couple of weeks, and not twelve hours, as it turned out. A link to the comic was also included in the post.

On August 13, the Mann vs. Machine update was officially announced.[2]