From Team Fortress Wiki
Jump to: navigation, search
This article is about the map. For the cosmetic item of a similar name, see Doublecross-Comm.

Double Cross is a Capture the Flag map added in the WAR! Update.

The team must capture the opposing team's Intelligence until the game's capture limit is reached (default limit is 3) while preventing the enemy team from achieving the same.

Note: If you're having trouble with finding the locations listed here, you can scroll down to the Helpful overview section to see their exact position marked on the map 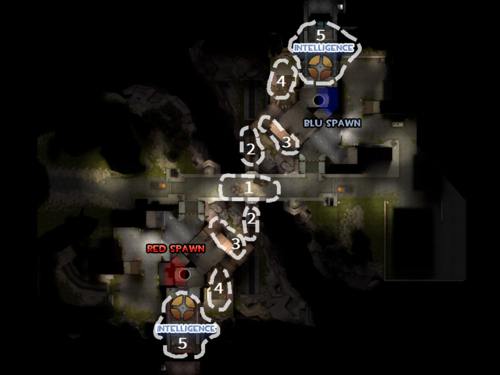