Snakewater is an official Standard Control Point map released in the Two Cities Update. It is set in the middle of a logging facility and consists of a base for each team, an open second point for each team, and a center point. Inside of RED's and BLU's last spawnrooms, the exterior backside of an ambulance truck is visible, functioning as both teams' respective resupply cabinet.

Snakewater has been often used in 6v6 competitive play.

All directions and names are given from the perspective of defense as their primary name, excluding the middle point.

Some people refer to this control point as "Yard" because of its open area.

Because of the symmetrical style of Snakewater (and almost all 5 Point Control Point maps), each team shares a similar landmark/location on their respective sides of the middle point. A popular method to counteract this is to add the prefix "our" or "their", e.g. "their Choke". Some players may also refer to the middle point as "Mid". 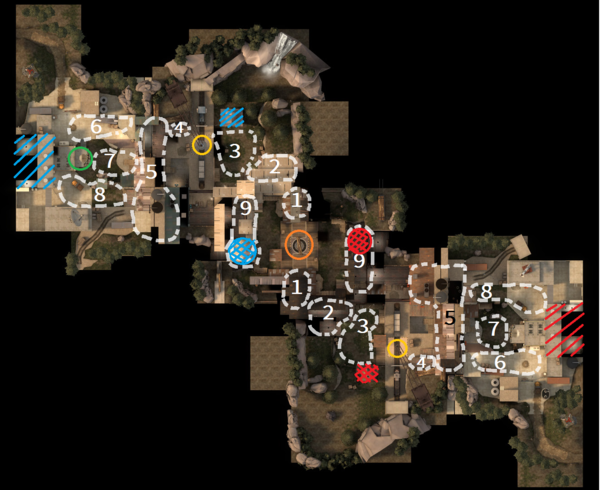