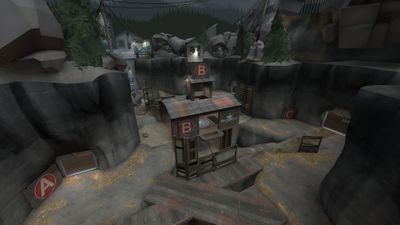 Control Point B on Standin

This article is about Community Domination strategy.

Currently, the only official map which features this game mode is Standin.

Domination is a game mode in which all of the points are immediately accessible and can be captured by both teams. The only way to win is to hold all of the control points at any time during the match. Even if when the third point is captured by your team the enemy team has capture progress on your points, you will still instantly win the round.