Hi, I'm Fenix. I'm A Student who has an unhealthy addiction to naming items. Former Brony, Too. My Desktop is broken, and until I get a new hard drive, I have to use my laptop, which can barely run TF2. 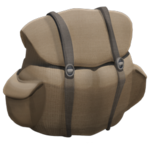 Item Naming Is a Horrible Habit

Alright, I have the worst habit naming and describing items, and frankly it's a bad habit I enjoy. Puts my mind to creative purpose and other good stuff. I have many named and/or described items, and really only a few of them weren't even named by me. On file I have at least over 275 names and descriptions in pairs for items. Some Item names I am no proud of, but oh well. All of Them Usually Compliment the item in question, some don't, but that's the fun of it!

Feel absolutely free to look in my Backpack at my Named Items! I would Love Feedback On Them! I also share names I have planned!

Items I Have Named and/or Described Myself: 53

Hat With No Name

Helmet Without a Home

Tail From the Crypt

Mask of the Shaman

A Whiff of the Old Brimstone

Hair of the Dog

A Rather Festive Tree

Mark of the Saint

Something Special For Someone Special