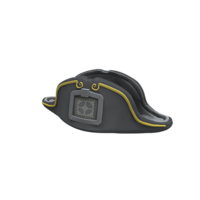 Map Stamps are a donation mechanic added to the Mann Co. Store during the Australian Christmas update. Each Map Stamp corresponds to a community-made map which can be purchased from the store; all proceeds (minus applicable tax) from the sale of Map Stamps go directly to the creator(s) of the community map the Map Stamp was purchased for.

Upon purchase of a Map Stamp, players receive the World Traveler's Hat – which shows a special particle effect when the user is playing on a map linked to the Map Stamp that was bought at the store. All Map Stamps - even for different maps - are tracked by the same hat. Upon loading a community map, the player may see a list of top donors for that particular map.

Purchasing all map stamps in a bundle costs less than purchasing them all separately.