Snowfall is a Capture the Flag map added in the Smissmas 2020 update.

Snowfall is a winter-themed version of Landfall, with gifts as the flags instead of the normal briefcases. Snow can be seen falling, Christmas lights can be seen hanging at certain places around the map, and there are presents all over. Snowmen can be seen outside the map along with some candy canes.

Snowfall was contributed to the Steam Workshop.

Note: If you're having trouble finding the locations listed here, you can scroll down to the Helpful overview section to see their exact position marked on the map. 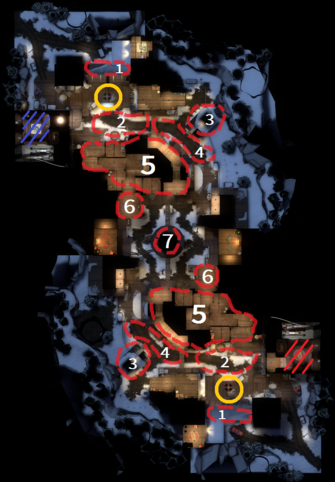