As displayed on a film projected inside BLU's spawn, BLU has been bottling water to make a quick profit. However, RED has caught onto this tactic and is poisoning BLU's water reserves from within the RED base, under the guise of its Red Planet Chemicals operation. Thus, BLU's objective is to push the bomb cart to RED's base, where it will detonate, destroying the base and ending their water poisoning plans.

Swiftwater was contributed to the Steam Workshop, and made an official map in the Meet Your Match Update. It is often used for competitive Highlander games. 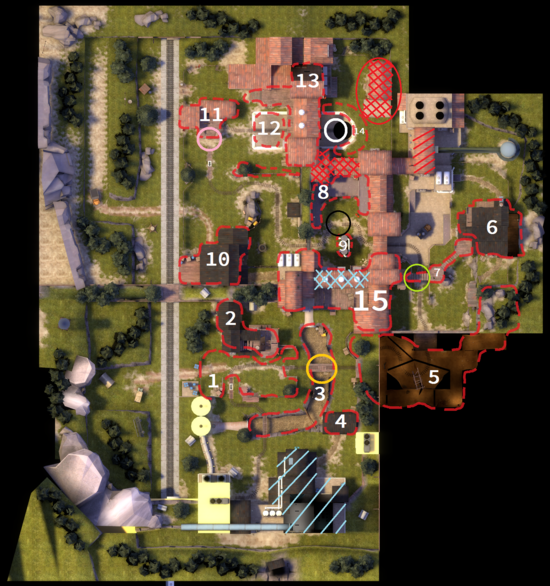 Panels of "The Swift Plan" seen in BLU's first spawn on the map: