Each team must push its cart along overlapping loops around the map in order to reach its Finish Point, while simultaneously preventing the enemy team from doing the same, possibly facing the other team and its cart head-on on parallel tracks. There is no time limit; the round only finishes when one team reaches the Final Point and manages to hold the cart at the top of the exposed inclined slope long enough for it to be hit by a passing Train, akin to Cactus Canyon.

Banana Bay was released in the Jungle Inferno Update.

This unusual map has the teams competing in a three-dimensional rabbit warren that encourages flanking and ambushing. The RED and BLU Payload tracks trace identical figure-8 point-to-point layouts. Two sections of passing tracks have players on both teams potentially pushing and defending their own cart while simultaneously firing on enemy cart pushers. 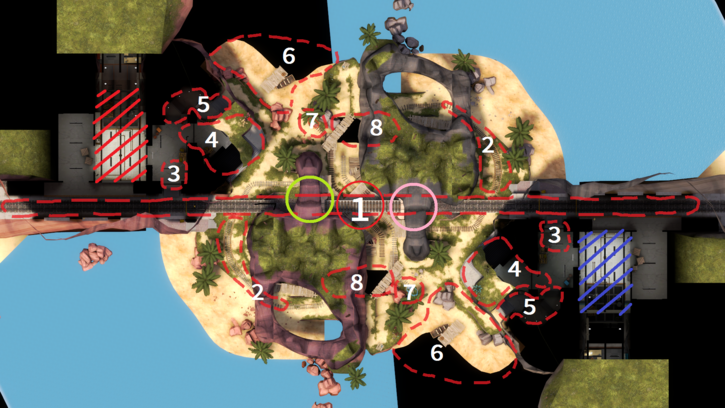