Maple Ridge Event is a community-made King of the Hill map added in the Scream Fortress 2016 update. The map takes place in a small village with the control point surrounded by a deep moat. Like several Haunted Halloween maps, this map suggests the presence of Redmond Mann's residence. It is a Halloween-themed variant of the community map Maple Ridge.

Maple Ridge Event was contributed to the Steam Workshop.

Note: If you're having trouble with finding the locations listed here, you can scroll down to the Helpful overview section to see their exact location marked on the map. 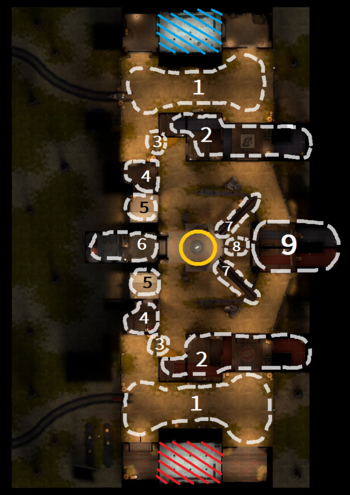