Erebus is a community-made Attack/Defend Control Point map released during the Scream Fortress 2021 update. It is set in an haunted mine located somewhere in a forest. A nearby volcano and Hydro electric dam overflowing with lava have caused pits of lava to open up on the map. It is a Halloween version of Ambush.

In Erebus, the goal of the attackers, BLU, is to win through a series of stages in order to win the map. Within each stage, the attackers must capture two control points, A and B, which are held by the defenders, RED. Point A must be captured before the attackers can assault B.

Erebus was contributed to the Steam Workshop.

The following locations will be told from BLU's point of view 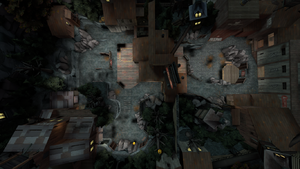 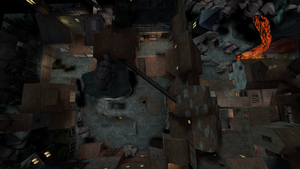 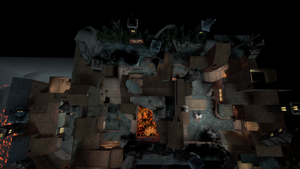