Hassle Castle is a Payload map included with the Scream Fortress 2020 update.

Hassle Castle, like its unhaunted version, is a single-stage map, similar in design and layout to Badwater Basin, with multiple control points in one round, unlike Gold Rush and Thunder Mountain, which are each made up of three short stages with 2-3 control points.

Hassle Castle was contributed to the Steam Workshop.

While this map has no Rare magic spells, it does have many regular magic spell pickup locations that respawn every 10 seconds, and even more that spawn with skeletons, making this map a spell-slinging spectacle. Three of these are located within the first BLU spawn. 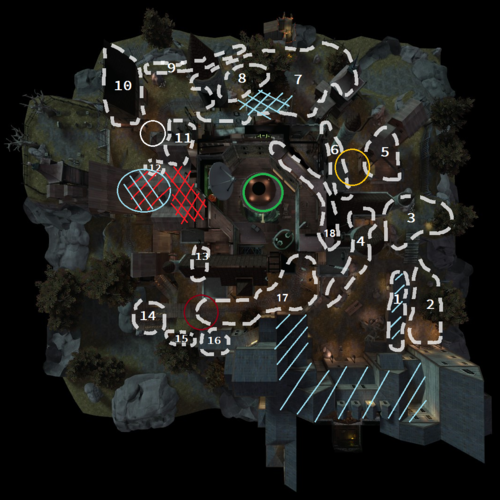