Sunshine is a community-contributed map made by Phi. It is competitive focused, and was designed with 6v6 in mind. It features the standard 5CP layout with a mid, two seconds, and two lasts, with forward spawns for each point beyond mid owned. It is currently played in ESEA, ETF2L, and UGC. Contrary to what some believe, Sunshine is not directly inspired by any other 5CP, but does place the second point on a spire-like structure with two small chokes going to mid.

Sunshine was contributed to the Steam Workshop, and was made an official map in the Meet Your Match Update. 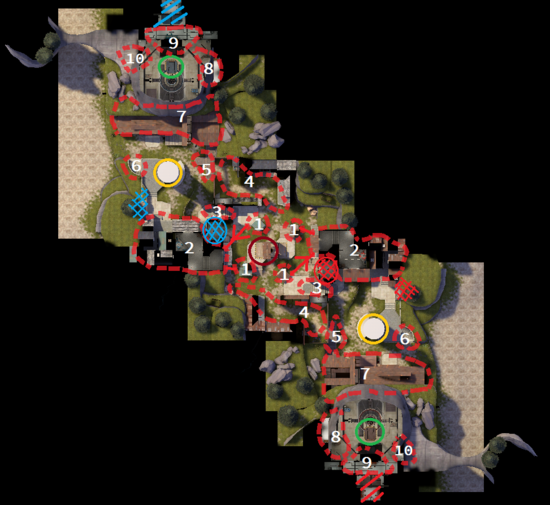