Snowycoast is a single-stage snow-themed community-made Payload map that was originally part of the Mercs vs. Aliens contest that took place before the Invasion Update. The map features 4 Checkpoints, two additional capture zones, and a variety of changing passageways and flank routes. Many alien-related objects and scenes are seen around the map (as the map was intended for the Invasion Update). It is mostly a wide-open map with only a few buildings and mineshafts breaking up the path along the way. The final Checkpoint is an alien flying saucer excavation, which BLU must destroy with the bomb cart to win the round.

Snowycoast was made an official map in the Tough Break Update. 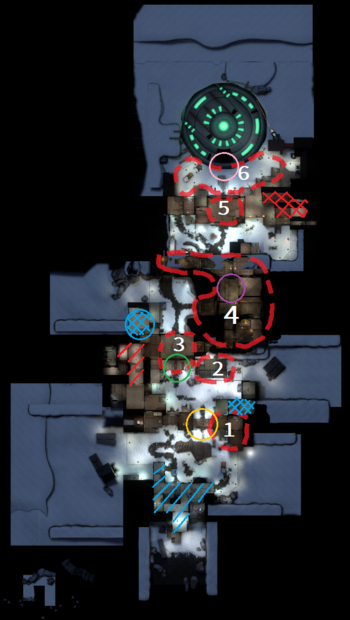