Ghoulpit is a community-created Payload map added in the Scream Fortress 2022 update. It is a Halloween version of the custom map Sludgepit.

In Ghoulpit, BLU is tasked to push a voodoo-vacuum cart with Redmond's soul inside of it to RED's last point to send him to Hell.

Ghoulpit was contributed to the Steam workshop.

If you are having trouble with finding the locations listed here, you can scroll down to the Helpful overview section to see their exact position marked on the map. 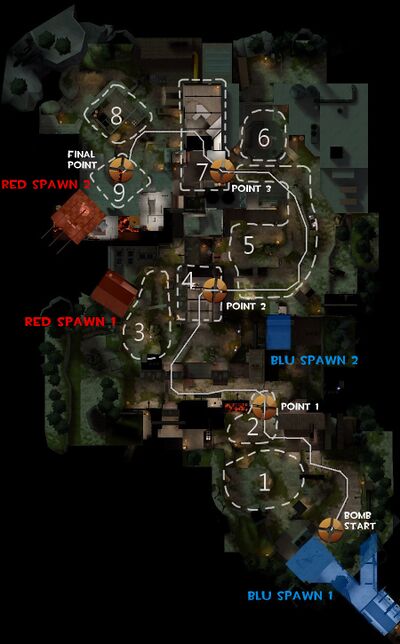