Brazil is a community-made King of the Hill map released during the Jungle Inferno Update. 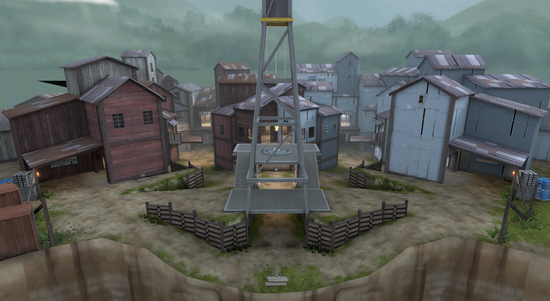 The Control point is elevated and has no cover except for that elevation; that is to say, it is more protected from enemy players on the ground right next to the point than it is from those that can fire from protective cover far away.

While most previous King of the Hill Maps have a shallow building that cuts clear across the map defining an entrance yard for each team's spawn, here, a sprawling building complex holds a three-dimensional maze of disorienting passages from a small yard to just outside the wide open Control Area.

Battlements
Certain forward locations are involved in the struggle to control the perimeter of the Control Area; the team that controls most of these locations controls the point: 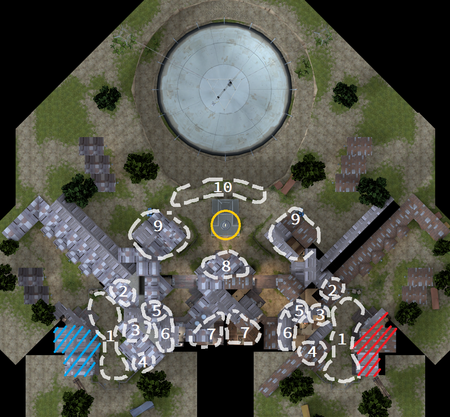