From Team Fortress Wiki
Jump to: navigation, search
This article is about the map. For other uses, see Frontier (disambiguation).

Frontier is a single-stage Payload map with 4 control points added in the Community Map Pack Update. It is oriented towards organizing pushes around the cart's movement to benefit from its significant protection instead of suppressing the RED team, because the layout of terrain is highly favorable towards the RED team. The crowning feature of Frontier is its custom cart, "Li'l Chew-Chew". 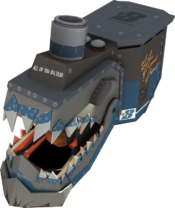 In place of the standard BLU cart is a substantially larger mechanized train engine known as Li'l Chew-Chew. It has razor-sharp teeth and two headlights as eyes, and a rideable platform on the back. It is impossible to build buildings on the rideable platform.

Providing cover from frontal attacks, Li'l Chew Chew is capable of significantly damaging any player in its mouth when it is moving forwards. The damage done increases as more players ride its rear platform; three or more attackers cause the train to deal an instant-kill. The platform also has a built-in BLU Dispenser; however, those riding on it will have trouble seeing directly in front of the cart, as the main body of the train is in the way. It has a noticeably increased pushing range when compared to normal carts.

When this point is captured, two giant doors at the final pit slide open, revealing a satellite dish pointed at the sky. 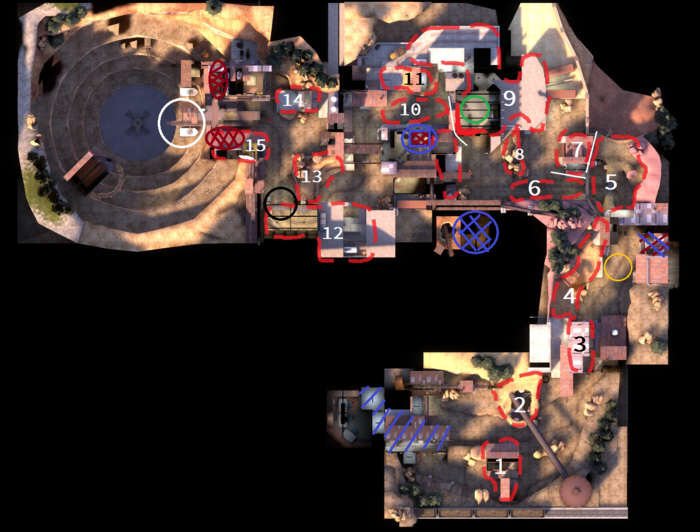