Kong King is a King of the Hill map with a radially symmetric layout. It was released in the August 10, 2012 Patch.

Kong King takes place in the middle of an unspecified Chinese city. It is the first official map released by Valve that is set in an urban environment. It is based on the video game Sleeping Dogs. It is a largely two-story map, with a covered control point on the second floor in the middle. The map has a very vertical design, with multiple signs, and other outcroppings for a crafty player to jump onto. There is a lot of detail in the map, including signs in Chinese, apartment buildings overlooking the map with air conditioners in the windows, boxes littered about, and abandoned team-colored buses at either side of the map. 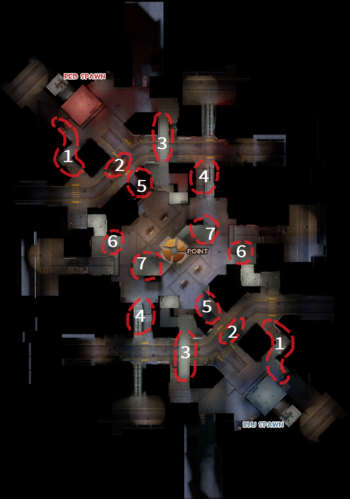