Thunder Mountain is a multi-stage Payload map, like Gold Rush and Hoodoo. Unlike other Payload maps, Thunder Mountain features new gameplay mechanisms not used in earlier maps, including a bridge which must be raised in order for the cart to cross, and sloped tracks, marked with yellow and black caution stripes. 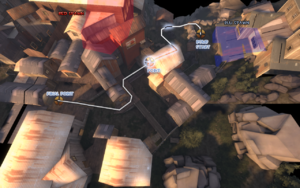 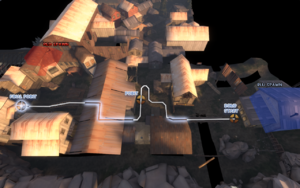 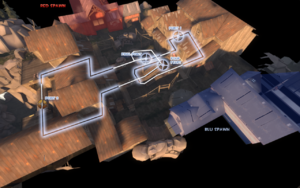