Foundry is a Standard Control Point map. It was released with the Australian Christmas 2011 update on December 15, 2011 Patch. It is set in an industrial complex, with the end control points located directly in front of a giant cauldron heated by fire.

There are 12 map-specific achievements for Foundry. Upon unlocking 7 achievements, the player is awarded the Full Head of Steam.

The middle capture is located on a small, raised platform in between the RED Iron Works and BLU Blast Complex factories.

The second and fourth control point is in the center of a large yard between two buildings.

The final Control Point is right in front of a giant cauldron. 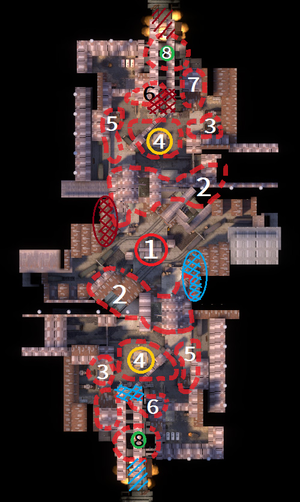